A number of external influences may affect the Australian economy - and your super - during the first half of this year.

We’re always focused on ways to drive long-term returns for your super. Let’s take a closer look at the international and domestic economic landscape and see what this might mean for your super over the next 12 months.

What’s happening around the world

The end of 2019 was all about trade between the US and China. In mid-December, the two countries agreed on a “Phase One” Deal which cancelled any new tariffs and rolled back others.  China pledged to buy an additional $200 billion of imports from the US over the coming two years. Negotiations for a “Phase Two” Deal, are pending.

In January, investors became concerned with the outbreak of the coronavirus in China and its potential impact on economic growth and corporate earnings. China is Australia’s largest trade partner through resources, tourism and education.

Many analysts are comparing the outbreak to the SARS episode in 2002-2003, which caused double digit declines in many global equity markets. The economy and financial markets rebounded strongly after the peak of SARS, with most stock markets ending the year higher than where they started.

It’s likely that the coronavirus experience will have a different economic impact in Australia than SARS had. China now generates 19% of world gross domestic product (GDP) compared to 9% in the early 2000s, and Australia now shares a much closer trading relationship.

In the backdrop to the crisis in China, central banks around the world are keeping rates low.  This has been done to try and increase consumer spending and stimulate the economy.

Interest rates are at an all time low in Australia, down to 0.50%. Low interest rates have made borrowing cheap, and this has created a rebound in the Australian property market. Unfortunately, it has not encouraged consumers to spend, and retail sales have been weak.

With money in the bank not earning consumers as much interest, they’ve flocked towards the share market, which has been doing well in the current economic environment. But, continued economic weakness could see listed companies cut their dividends, affecting overall returns to shareholders (including super fund members).

In recent months, the Australian economy has been hit with two external shocks: the coronavirus and the bushfires. The Reserve Bank of Australia (RBA) has estimated that the hit to GDP due to coronavirus could be 0.2% in the first quarter of 2020, but warned this is unpredictable and difficult to forecast. The RBA is estimating that the bushfires will shave 0.2% from GDP over the first two quarters of 2020.

We believe we are late in the economic cycle, which has seen the US enjoy growth for 10 years, and Australia for 30 years. With interest rates already close to historical lows, central banks are running out of levers to pull to stimulate the economy. In this environment, there is the potential for share markets not to perform as well as they have over previous years.

Because of this, we’re being cautious and have positioned our investments towards more defensive assets. This aims to make sure we can still deliver returns for members, even if there is a downturn.

We’re here for you

Looking forward, we continue to keep a close eye on international and domestic economic trends and will respond in the best interests of our members. Because superannuation is a long-term investment, we’re always focused on strong, consistent long-term returns. 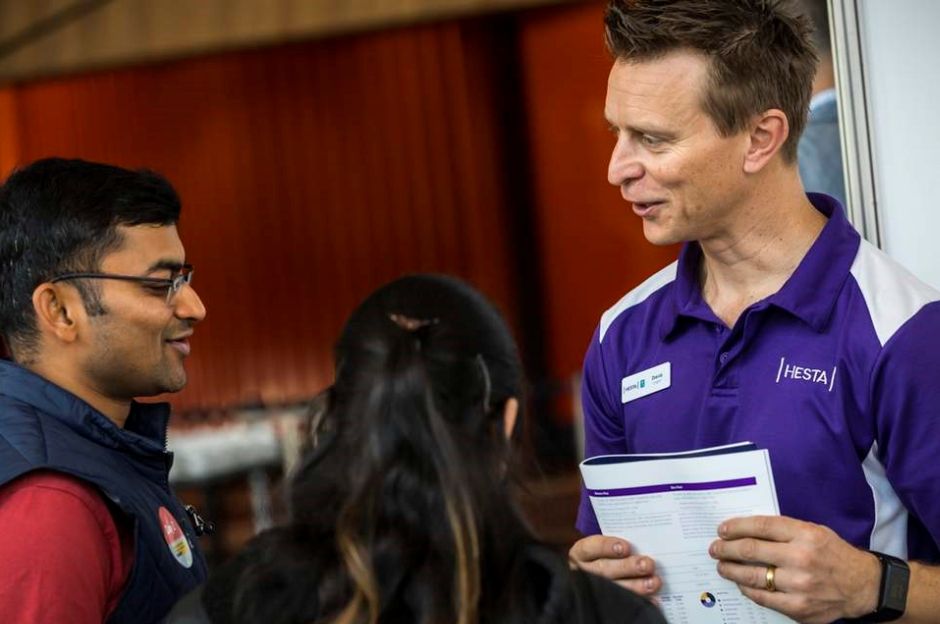 David Logan is a Member Education Manager in Victoria.

Our risk profiler can help you understand your attitude to risk.