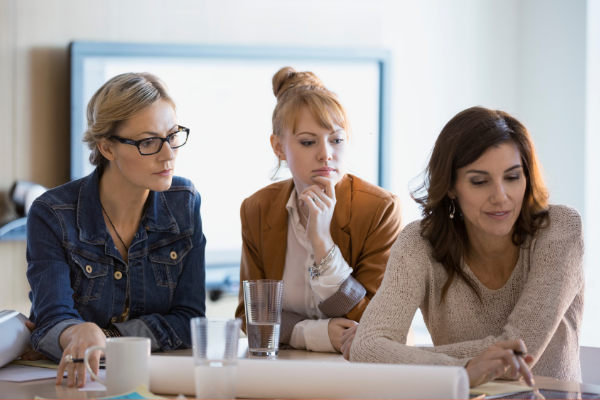 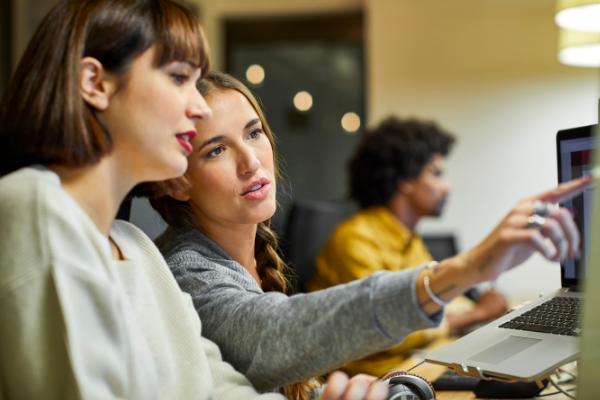 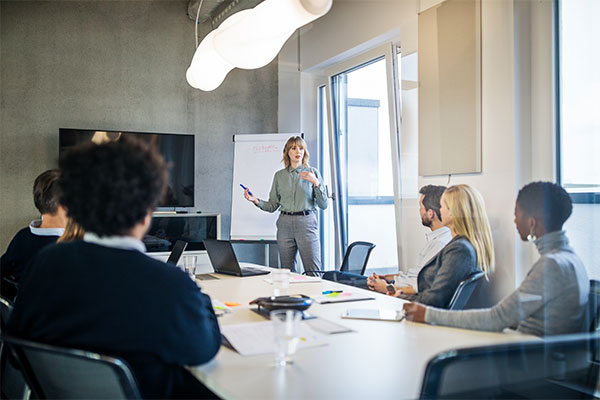 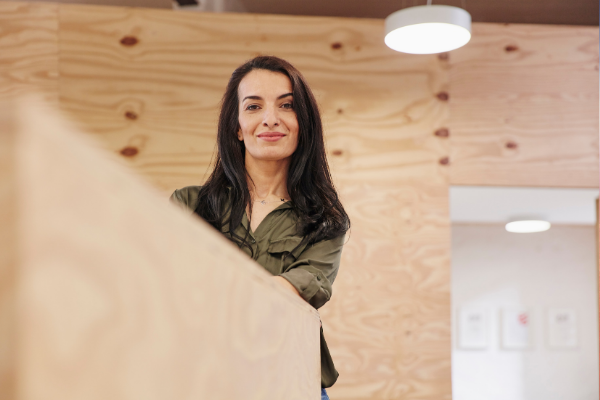 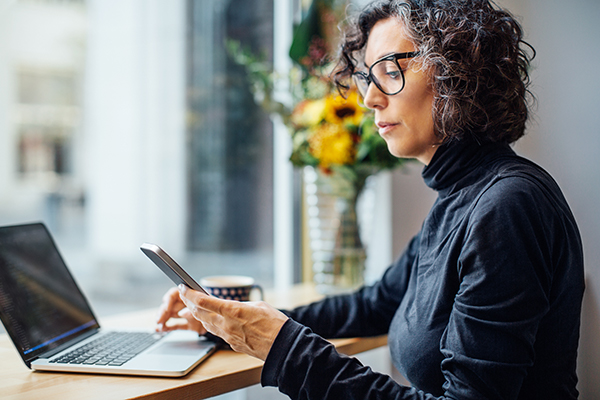 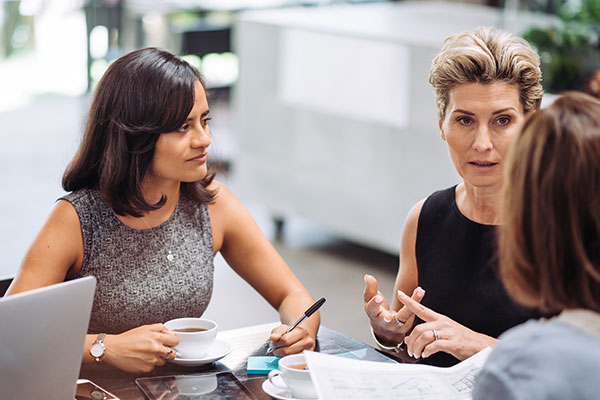 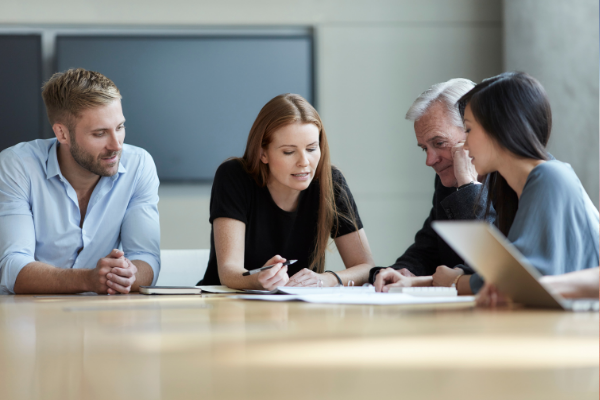 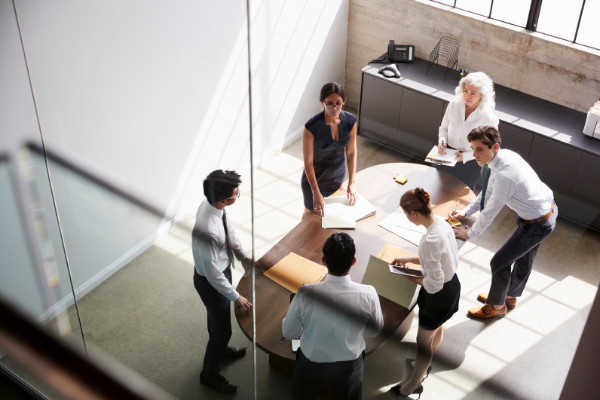 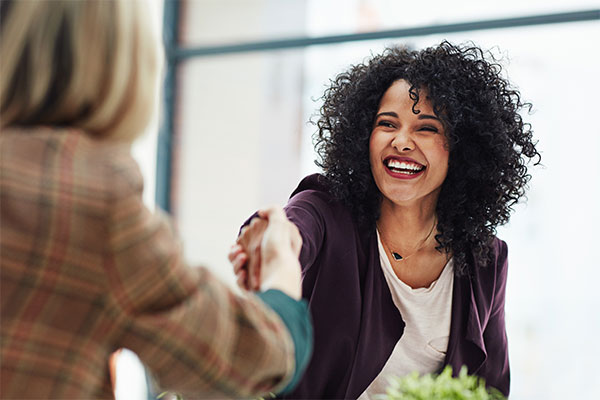 40:40 Vision is an investor-led initiative to achieve gender balance in executive leadership across all ASX200 companies by 2030.

40:40 Vision seeks to move beyond tokenism to achieve this through business-oriented structural transformation, encouraging companies to set and publicly report on progress against composition targets for executive leadership (CEO-1).

This initiative is led by investors and key stakeholders in the diversity and inclusion space.

what are we trying to achieve?

We are looking for structural change, by encouraging ASX200 companies to set medium and long-term targets for their executive leadership teams, with a pledge to achieve gender balance by 2030.

Research1 shows that organisations that set quantitative composition targets for executive leadership are more likely to achieve balanced representation of men and women at this level.

We recognise the complexity and differences in organisational structure among ASX200 companies. Therefore, 40:40 Vision is designed to achieve one common ambitious outcome without being overly prescriptive in its approach to diversity and inclusion.

why are we doing this?

WGEA and the Bankwest Curtin Economics Centre (BCEC) released findings1 on 19 June 2020 that an increase in the share of female ‘top-tier’ managers by 10 percentage points or more led to a 6.6% increase in the market value of Australian ASX-listed companies, worth the equivalent of AUD$104.7 million.

However, research also shows that with current growth patterns, we cannot expect to see equal representation of women and men at CEO level until 21002.  Similar projections apply for executive leadership (CEO-1).

40:40 Vision will see ASX200 companies pledging their commitment and putting plans in place to drive and embed structural change across their organisation and the ASX200.

Investors can get involved by signing the investor statement, and committing to:

To get involved and sign the 40:40 Vision investor statement, please get touch with us. 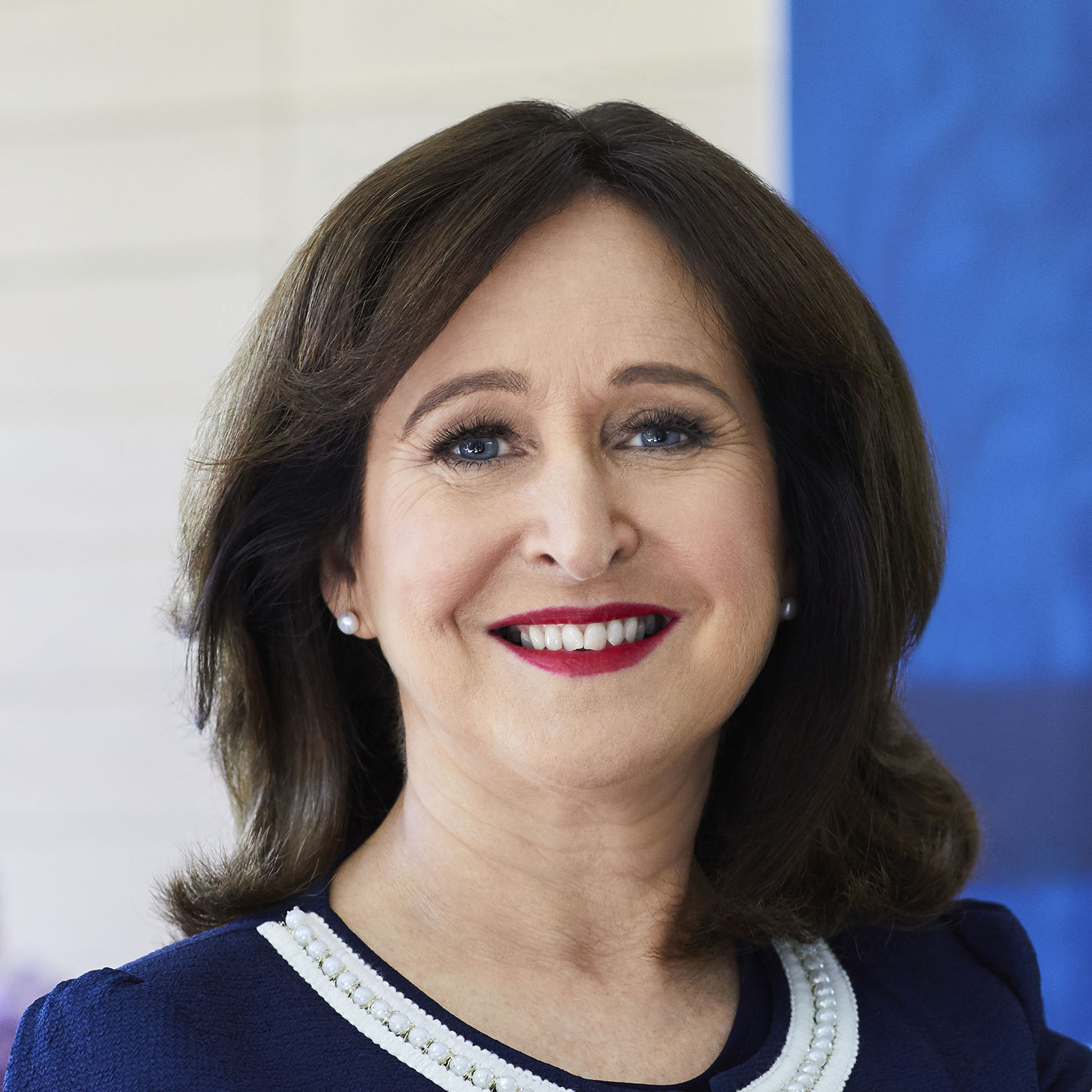 As CEO of $64 billion industry super fund HESTA, Debby leads an organisation passionate about making a difference to every member’s financial future while having a positive impact.

HESTA is a pioneer in investing with impact, becoming the first major superannuation fund to announce a total portfolio ‘net zero by 2050’ emissions target.

A prominent voice for gender equality, Debby’s advocacy highlights that when women do better everyone benefits.

“Companies with greater gender diversity in senior leadership perform better, demonstrate greater productivity and stronger decision making – and this creates long-term value for HESTA’s 900,000-plus members, 80% of whom are women. HESTA is proud to launch 40:40 Vision to achieve gender equality at the highest levels of corporate Australia and create a fairer world for all Australians.” 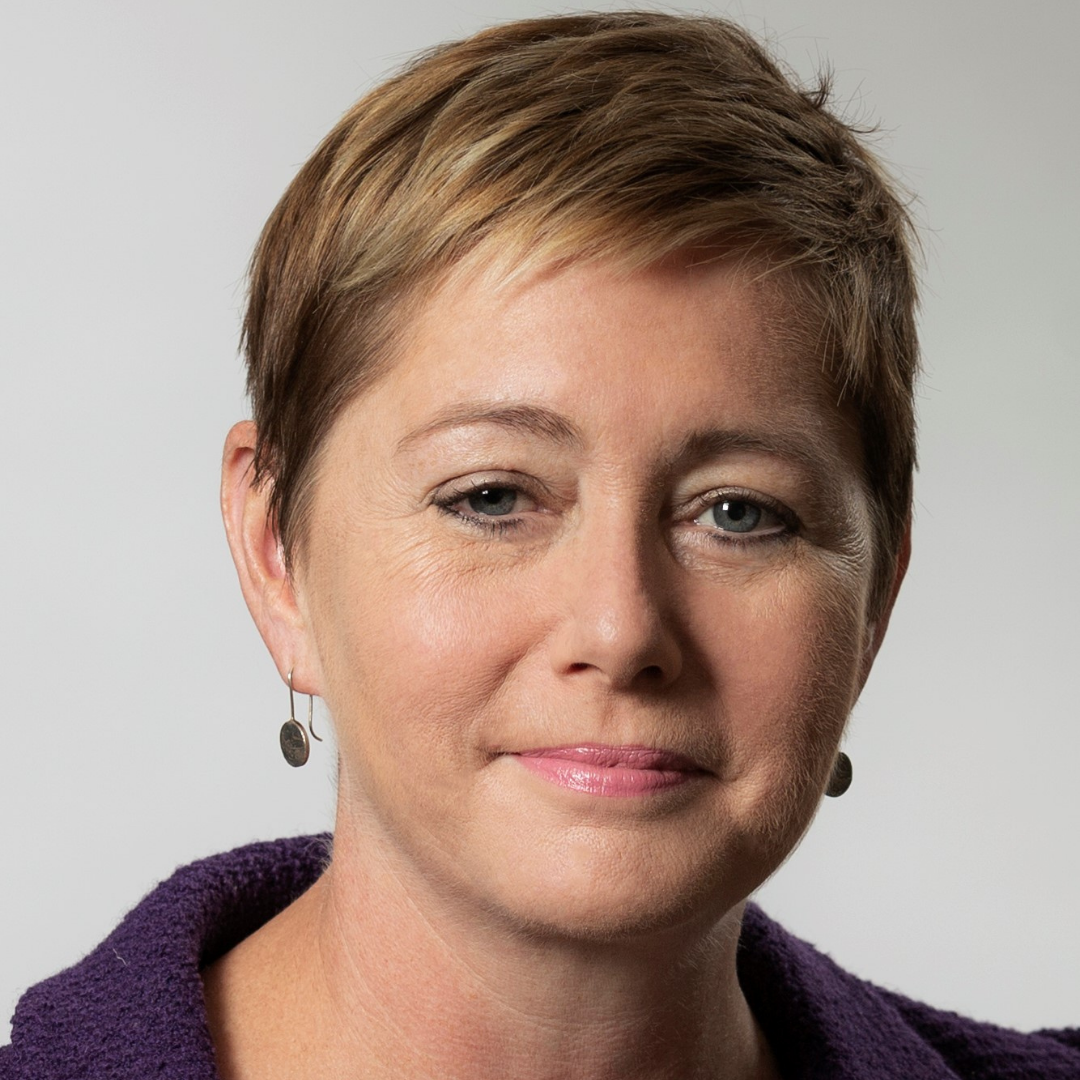 Louise is the Chief Executive Officer of the Australian Council of Superannuation Investors (ACSI). ACSI is a collaboration of Australian and international superannuation funds that collectively own on average 10 per cent of every ASX200 company. ACSI’s objective is to improve the environmental, social and governance performance of the companies in which our members invest.

Appointed CEO in April 2015, Louise has more than 20 years senior experience in the financial services and superannuation industry.  She joined ACSI from Cbus, where, as Investment Manager, ESG, she was responsible for the integration of ESG issues within Cbus’ investment processes.

In 2015 Louise was named Victoria’s Local Hero in the Australian of the Year Awards for her work as the co-founder of the Mother’s Day Classic Walk/Run for Breast Cancer Research.  Established in 1998, this national event has raised over $37m for breast cancer research.  In 2019, Louise was made a Member of the Order of Australia for significant service to the superannuation and funds management sectors, and to breast cancer research.

Louise is the Chair of the Mother’s Day Classic Foundation and a Director of the Peter MacCallum Cancer Centre.

Mary Wooldridge commenced as Director of the Workplace Gender Equality Agency (WGEA) in May 2021. She leads the Agency in driving change in workplaces utilising a dataset covering more than 4.3 million employees or over 40% of the Australian workforce.

Mary brings to the role a wealth of experience from a distinguished career in the public, private and not-for-profit sectors. Mary served from 2006 to 2020 in the Victorian Parliament and from 2010 to 2014 was the Minister for Mental Health and Community Services and for the first three years also as the Minister for Women’s Affairs. As Minister, Mary worked to implement the National Plan to Reduce Violence against Women and their Children 2010-2022 and was instrumental in establishing Our Watch, the national family violence prevention agency.

Prior to being elected to Parliament, Mary was the CEO of The Foundation for Young Australians and worked with McKinsey & Company and Consolidated Press Holdings.

WGEA is charged with promoting and improving gender equality in Australian workplaces. Our vision is for women and men to be equally represented, valued and rewarded in the workplace. 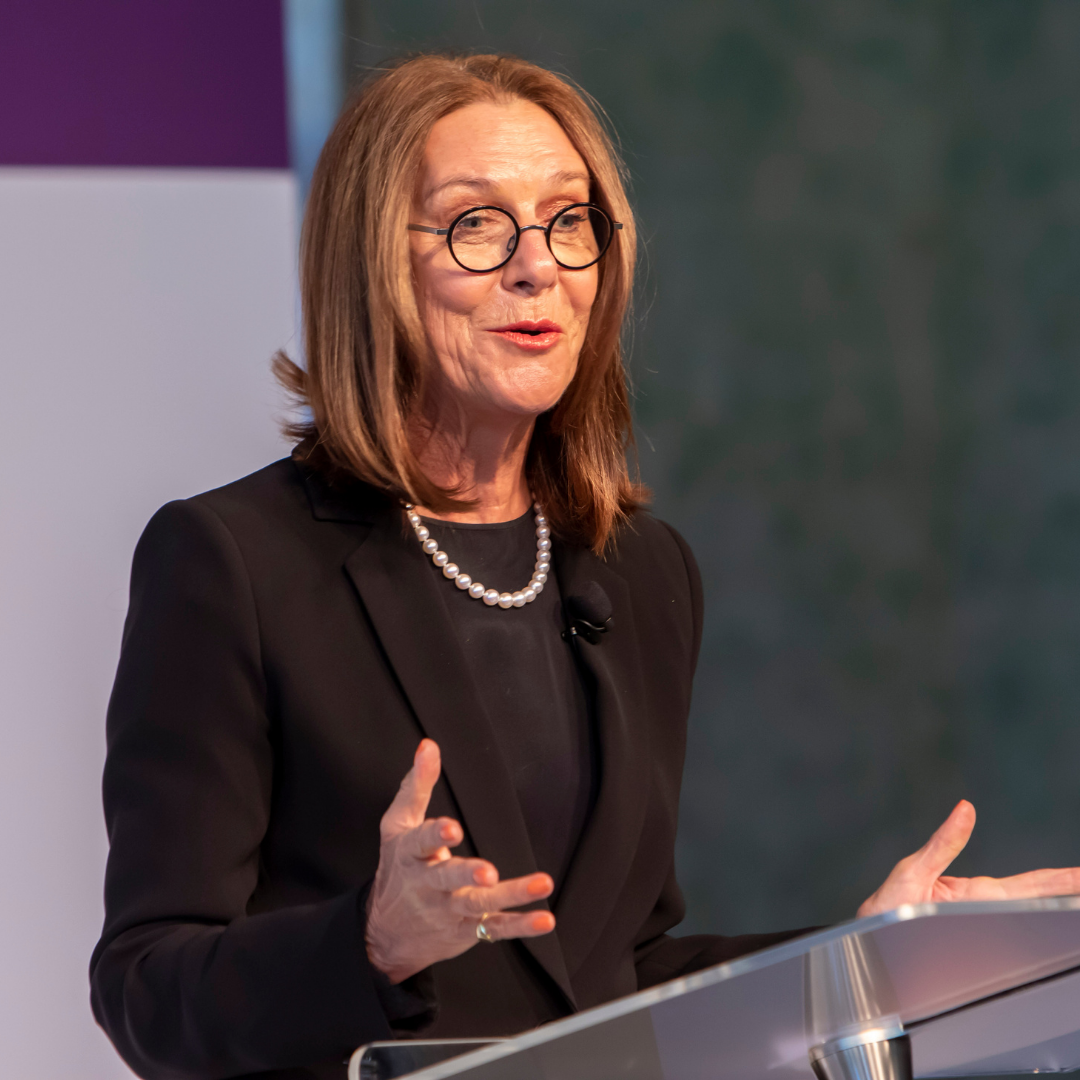 Sue Morphet has over 30 years of brand, consumer goods, manufacturing and retail management experience across Australia and New Zealand.

Sue was formerly the Chair of National Tiles Co Pty Ltd from 2015 – 2020 and Manufacturing Australia from 2012–2014 and has held Non-Executive Directorships with Godfreys, Fisher and Paykel, Melbourne Fashion Festival, Kings School Foundation and Save the Children Australia. Sue was CEO of Pacific Brands Limited from December 2007 to September 2012, following 12 years with the company. 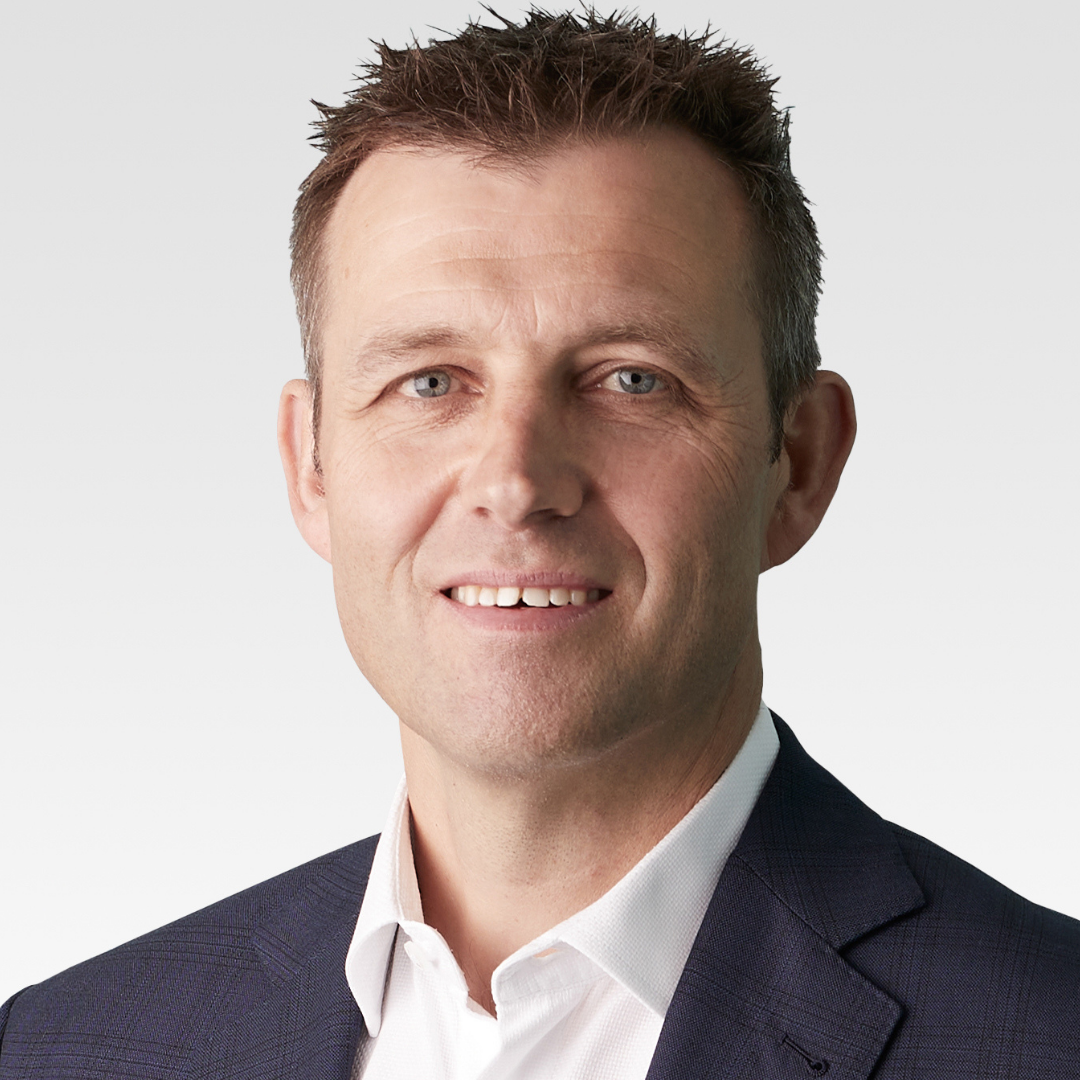 “I believe greater gender balance across executive leadership and all levels of a business ensures a diversity of viewpoints and experience at the table, which leads to better decision making that, ultimately, drives long-term investment performance.” 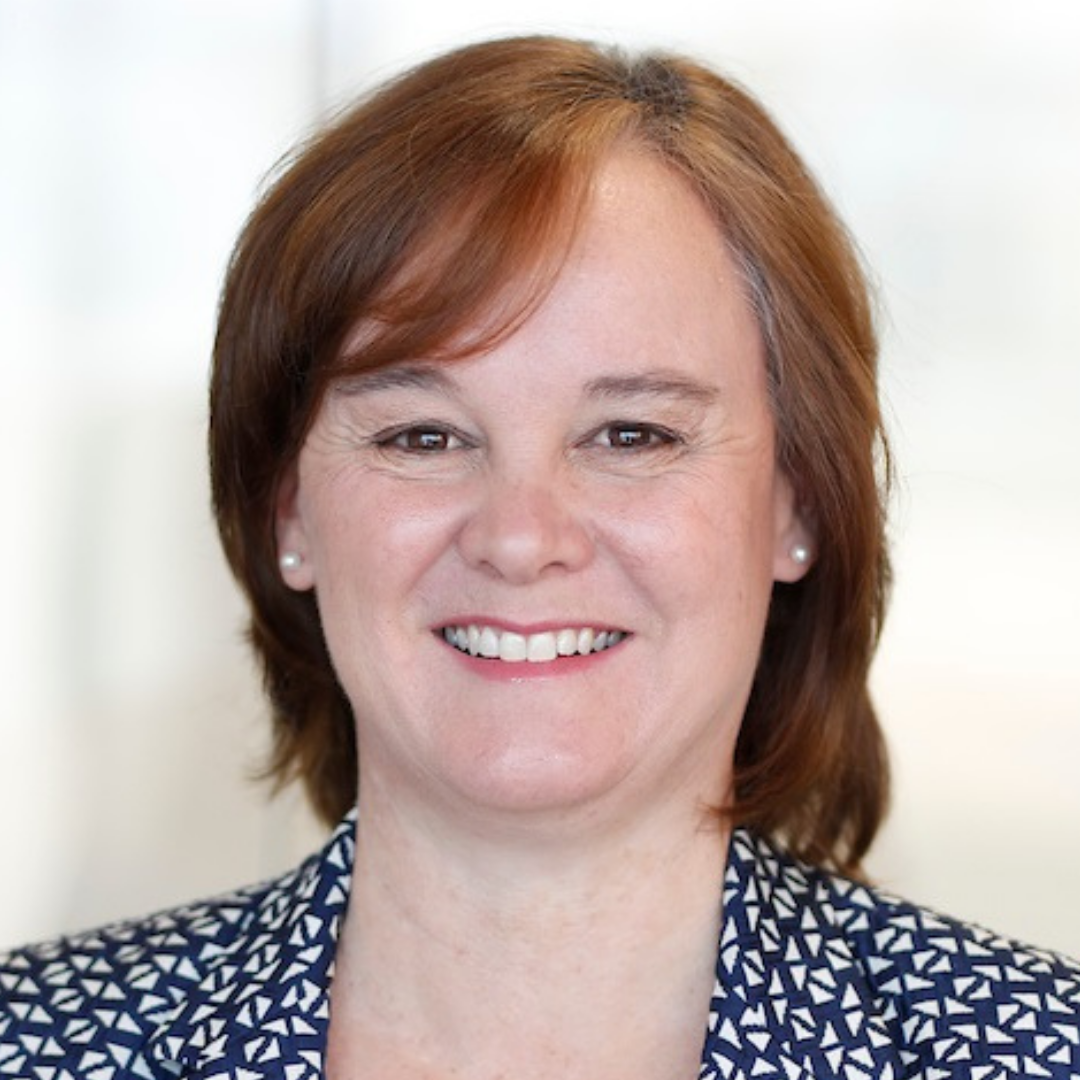 Susan joins the 40:40 Vision in her role as Chair of the Investor Working Group of the 30% Club in Australia.  Susan has over 30 years’ experience in the financial services industry including as CEO and Managing Director for Lazard Asset Management Pacific and Director - Strategy for Lend Lease Investment Services (MLC).  She is a full-time non-executive Director on the Boards of a number of companies in Australia and Asia, in the funds management, insurance, health and fintech sectors.  Susan was previously a Director of Women in Super.  She is a Fellow of the Actuaries Institute of Australia and is an Adjunct Professor of Finance at the University of Sydney. 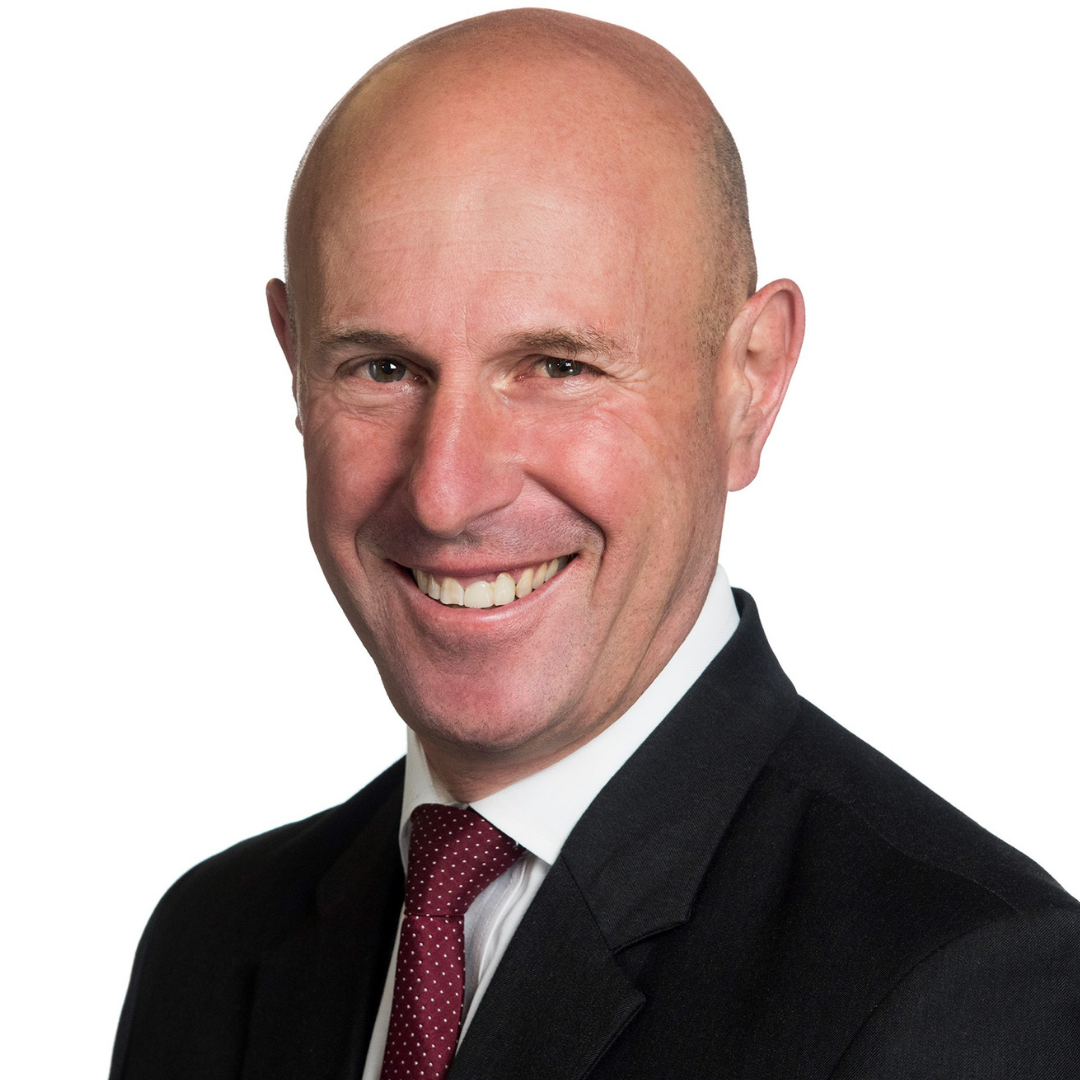 Mark is the company’s Chief Executive Officer and is based in Sydney.

He had been the Chief Financial Officer of CFSGAM from January 2008 –December 2012, before re-joining the company in October 2017 as CFO and COO, and was appointed Chief Executive Officer in September 2018.

Prior to re-joining the business, Mr Steinberg was Group Chief Financial Officer and Group Chief Operating Officer of Cover-More Group Limited, an Australian Securities Exchange listed company, and where he oversaw several acquisitions before Cover-More was acquired in April 2017.

Prior to his time at Cover-More, Mr Steinberg was the Chief Financial Officer at Colonial First State and the Commonwealth Bank of Australia’s Advice business. He also previously worked for Macquarie Bank, where he was a Divisional Director, and Vodafone, where he was Chief Financial Officer of the Australian and New Zealand businesses and Finance Director of the Japanese business.

Mr Steinberg is a Fellow of the Institute of Chartered Accountants in Australia and New Zealand and a Senior Fellow of FINSIA.

“As a long-term investor, we see gender balance as a business issue and we believe investors can have a positive impact on the companies they invest in by engaging constructively with them.” 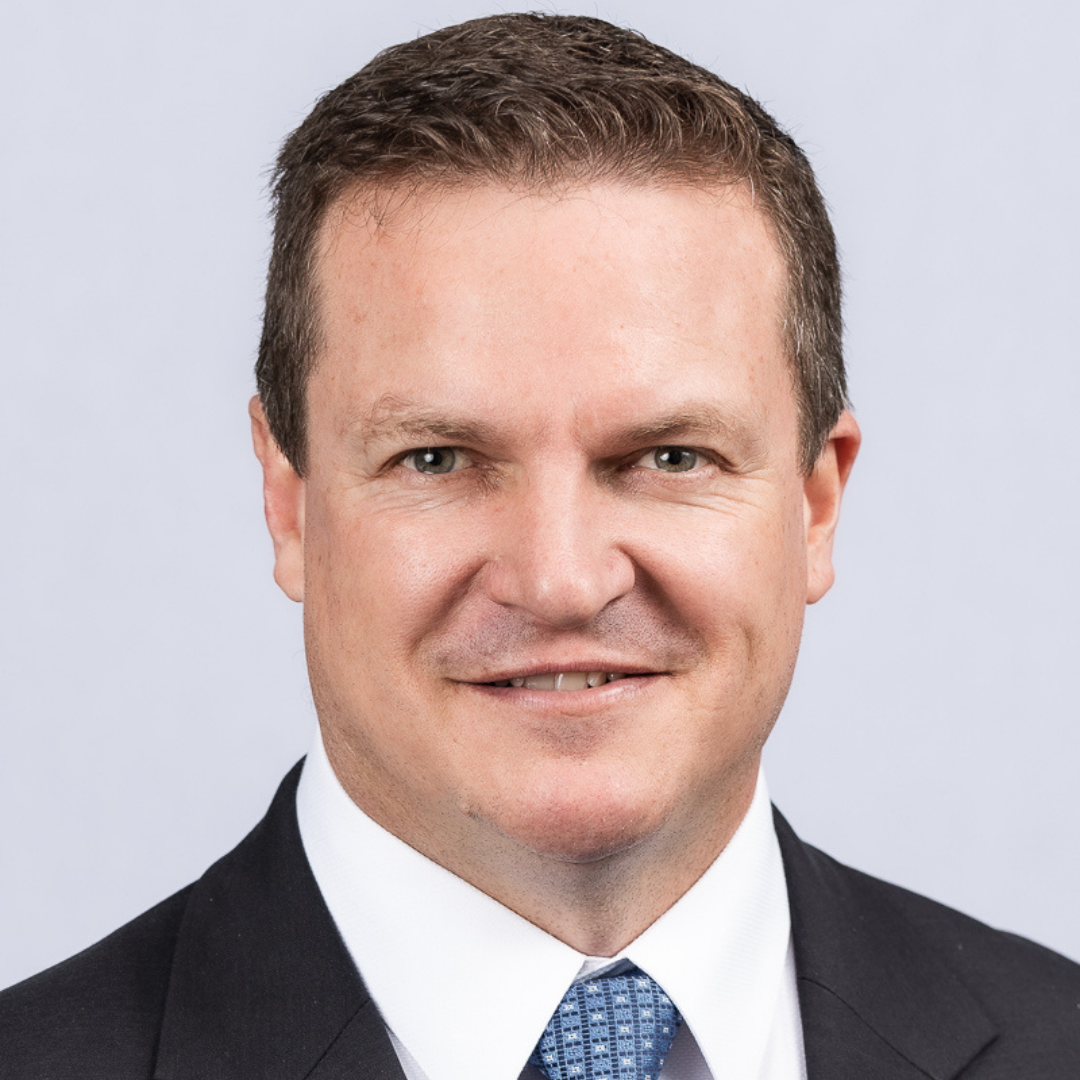 Brett Jollie is the Managing Director of Aberdeen Standard Investments Australia. In this role Brett has strategic oversight (investment, distribution and operational) of the Australian business and is responsible for ensuring all business functions work effectively and cohesively in achieving the Group’s strategic goals.

Brett has over 25 years’ experience in the financial services industry. He joined Aberdeen in 2000 and has held roles in operations, product management, sales and marketing in Australia and the UK. Before joining Aberdeen, Brett worked for EquitiLink Australia, Chase Manhattan Bank and Permanent Trustee.

“Aberdeen Standard Investments has signed up as an Investor Signatory to the 40:40 Vision because we believe more needs to be done to achieve gender diversity. We believe that diversity of thought, paired with a culture of inclusion, is vital to companies successfully tackling increasingly complex challenges. Diversity in leadership teams can lead to better company performance on a number of different metrics, and organisations with strong diversity and inclusivity across all levels have been shown to outperform those that do not.” 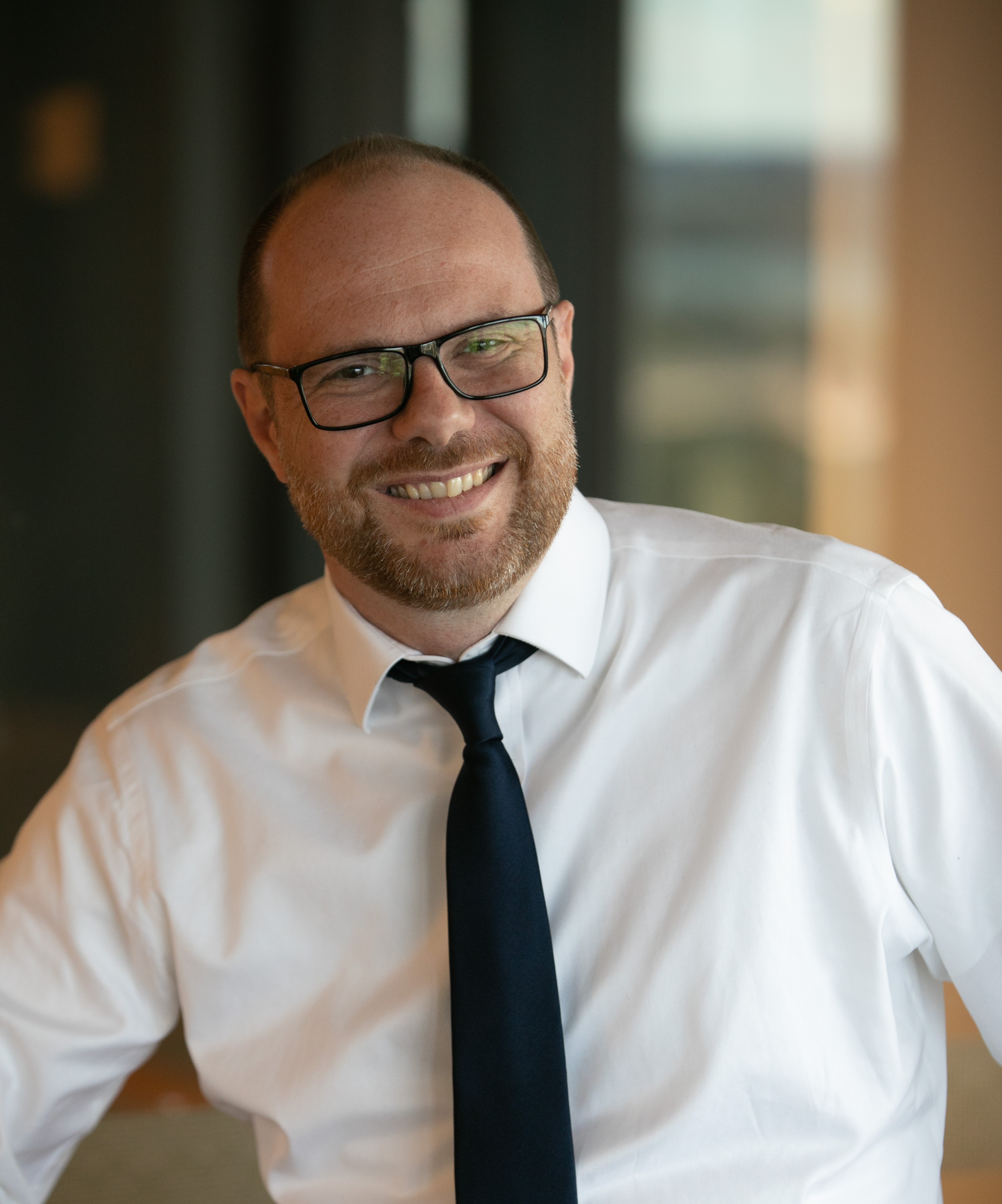 Richard Brandweiner CFA is an experienced and awarded investment management professional having spent over twenty years working in across all asset classes in the funds management and pension fund industries. He is currently Chief Executive Officer of Pendal Australia (formerly BT Investment Management Australia) one of Australia’s leading independent fund managers. Prior to this, Richard was Chief Investment Officer at First State Superannuation, the second largest pension fund in Australia, and Group Executive at Perpetual Investments, another of Australia’s oldest and most awarded investment managers. 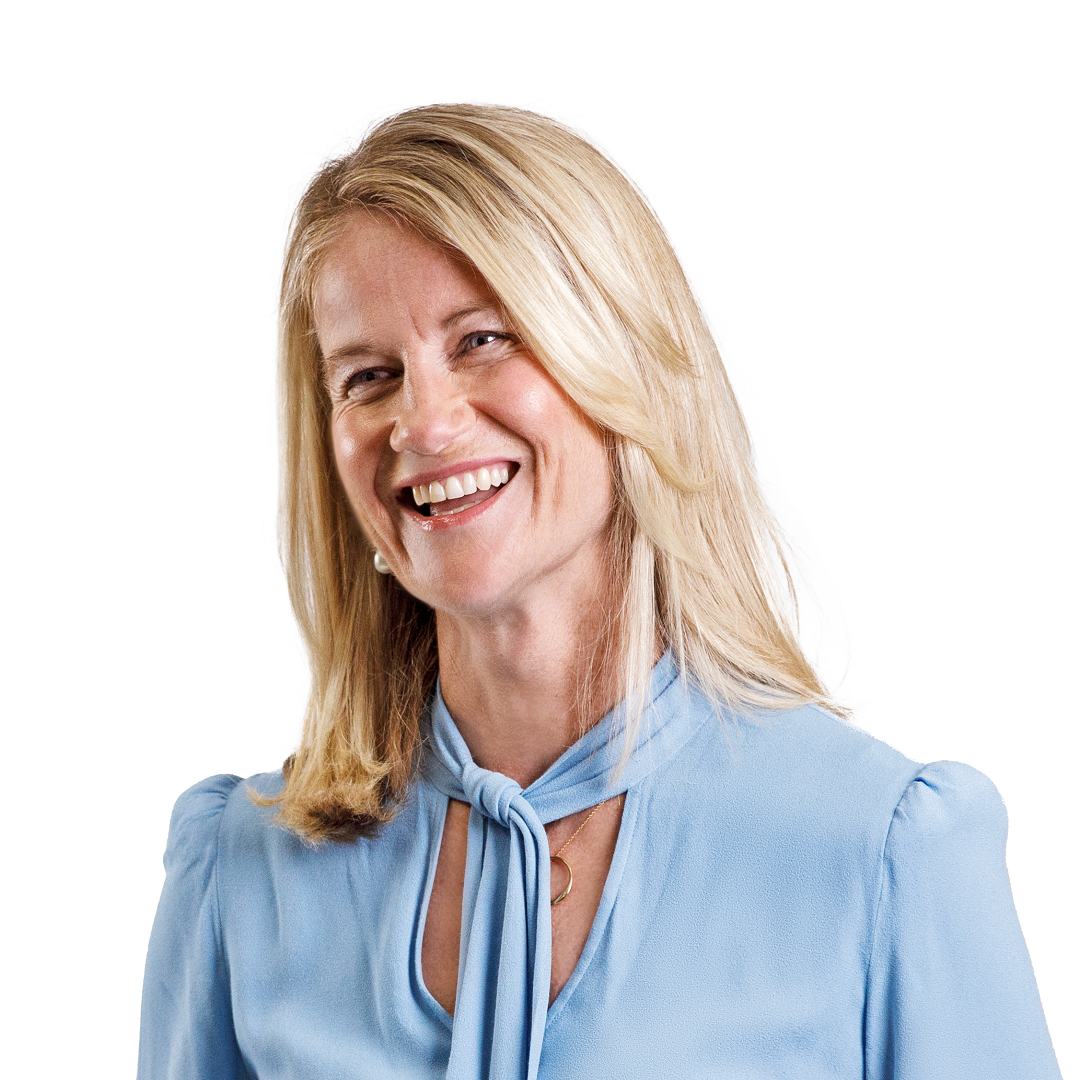 As one of Australia’s largest super funds, Deanne has led Aware Super’s drive to be a ‘Force for Good’ through its responsible investment philosophy and focus on providing its members with the best guidance and advice for retirement.

She has with more than 25 years’ leadership experience in financial services in wealth, superannuation and insurance sectors in Australia and internationally. This includes time as Managing Director with Merrill Lynch Investment management in New York, and as an Engagement Manager with McKinsey and Company in London.

A hallmark of Deanne’s career has been a passionate commitment to building and maintaining a strong culture and clearly defined purpose to drive business success.

Help us do the work to achieve gender balance in leadership by 2030.
Get in touch