The Inspired Team are the winners for Team Excellence in the 2019 HESTA Australian Nursing & Midwifery Awards. They work at Calvary Public Hospital Bruce, Clare Holland House in Barton, ACT

The INSPIRED Team is recognised for developing, trialling and testing a new integrated model of palliative care delivery for aged care residents with life limiting illnesses.

A first of its type in Australia the ‘Palliative Care Needs Rounds’ model has three components which adopt a proactive approach to caring for residents that have palliative care needs.

The rounds include reviewing resident treatment plans, symptom management, and medicines. It also includes conducting meetings between facility staff, the resident, their general practitioner, and their family discussing how the patient’s quality of life can be improved. Lastly, clinical work is conducted with residents that focus on symptom assessment, diagnosis, and management.

This multipronged method aims to anticipate the patients’ needs and develop care plans accordingly, this is different from traditional care which is usually reactionary to a patient’s condition.

INSPIRED team member and Calvary Nurse Practitioner, Juliane Samara said the model was developed after the team recognised that more needed to be done to ensure residents die with dignity.

“Our team identified that people were dying badly in residential aged care without a plan in place, and that they were being transferred to hospital and often not dying in their preferred place of death,” said Juliane.

“We decided to implement a proactive approach to palliative care to reduce emergency referrals and hospital transfers, and to improve knowledge and skills for staff in residential aged care so that they could recognise and plan for dying”.

“Often people don’t talk about or plan for death and dying. If we recognise deterioration and dying, normalise and plan for end of life, then people will have better deaths.”

Following the success of the team’s initial pilot study, the model was implemented and evaluated in 12 residential facilities across the ACT and the results showed that Palliative Care Needs Rounds improved knowledge and skills for staff, and helped people to die well in their preferred place of death.

“It’s wonderful for the INSPIRED team to be recognised for the work we’ve done. It’s not easy to combine clinical work with research. It’s nice to have a level of work that’s raising the profile of the nursing profession and improving outcomes for residents in aged care,” said Juliane.

Juliane said the INSPIRED team hopes to implement the model of care across aged care facilities in the ACT and to develop tools so that the model can be used by others more broadly across Australia. 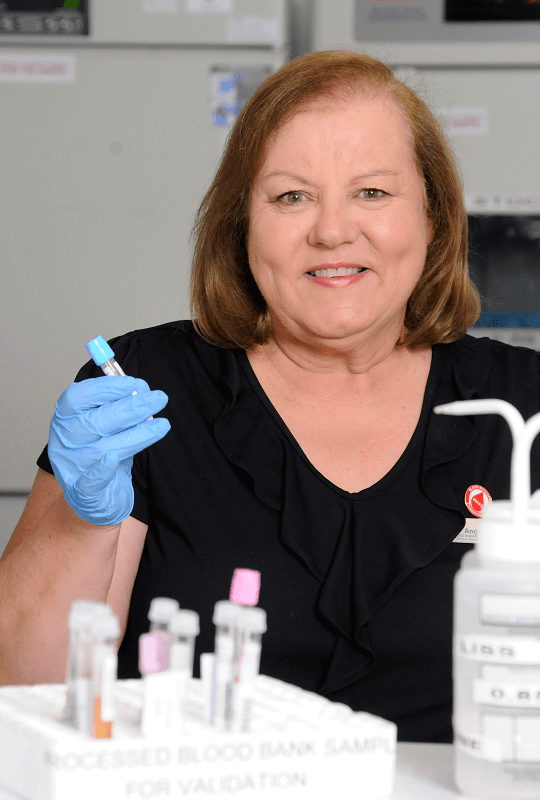 HESTA caught up with Angie Monk, Nurse of the Year 2016, to hear how the HESTA award helped increase the profile of Patient Blood Management (PBM). 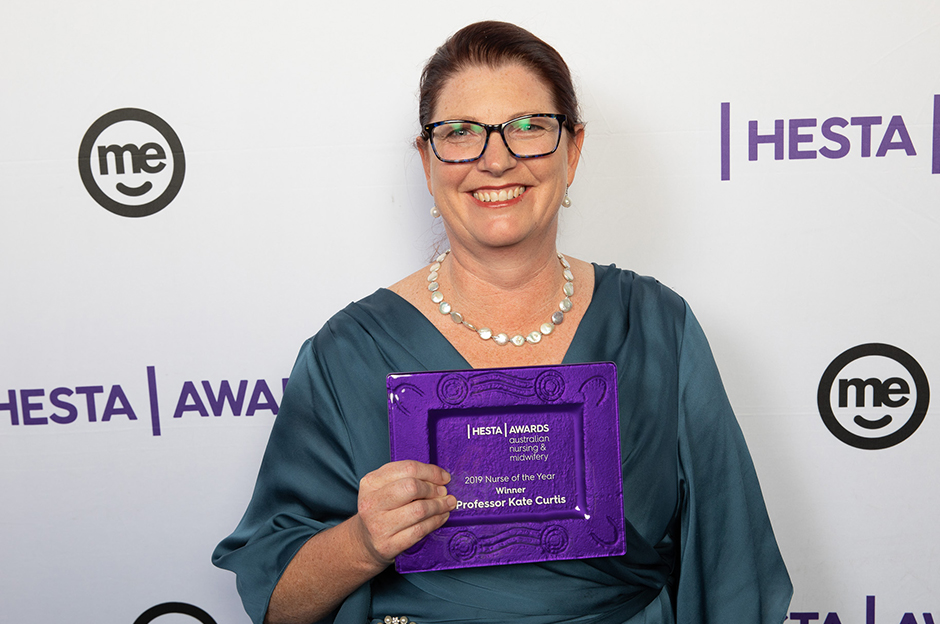 HESTA recently caught up with 2019 HESTA Nurse of the Year, Professor Kate Curtis, to find out how the award has helped her work in emergency nursing.